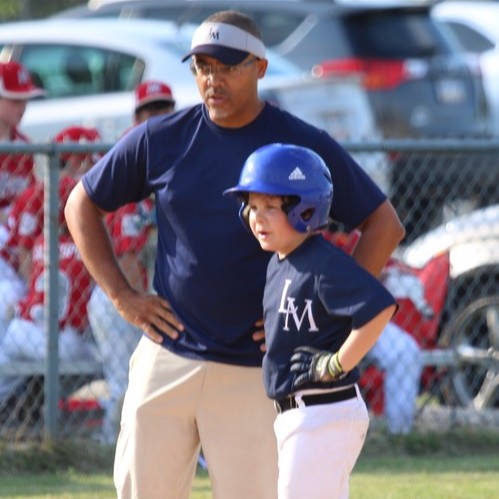 Russell Mahrt II is a youth sports coach of over 15 years, founder of one of the largest non-profit youth travel basketball organization in Pennsylvania, and CEO of Elite Sports Factory. After decades as a youth sports player, coach, administrator, and parent, Russell has developed a comprehensive and detailed knowledge about what it takes to navigate the youth sports world. Russell is the author of The Parents Guide to Youth Sports - Tips, Secret and Inside Information about Youth Sports and the The Research Behind Achieving Sports Success. He has also done extensive research into the field of achieving success and has applied it to sports.

One of Russell's main goals with Elite Sports Factory is to teach parents how to support and encourage their children along their children's youth sports journey by giving them the knowledge and information they need to help their children make the most of their passion for sports.

Justin leads all baseball instruction and programming. Since 2018, Justin has been the Head Baseball Coach at Penn Charter in Philadelphia, where he served as the varsity Pitching Coach/Associate Head Coach from 2012-2017. During his tenure at PC, he has won several league championships and coached 4 MLB draft picks and countless college baseball players. A former pitcher, his pitching staffs have consistently finished in the top tier ERA/WHIP stats leaders in Southeastern Pennsylvania. Since 2014, Justin has coached the Inter-Ac/Independent All-Stars in the Carpenter Cup Classic, an annual tournament showcasing the best high school baseball players in the Tri-State area. After a standout career at Wyomissing Area High School in Berks County, Justin majored in Business Management and played college baseball at West Chester University, where he was a four-year starter and co-captain. Justin was a starting LHP on a staff that finished #1 in the nation in ERA in 2004, and 4th in 2005. In four seasons at WCU (2002-2005), the Golden Rams set school records for victories, and played in multiple NCAA Division II Championships. A member of the American Baseball Coaches Association(ABCA), Justin has founded and coached travel baseball organizations and run showcase teams since 2014, and specializes in college recruiting.

Ayana Shakera is the Director of Operations and the Director of Sports Performance training at Elite Sports Factory. Ayana obtained her ACE certification during her undergrad at La Salle University where she played volleyball. After graduating with a Bachelor’s in Communications and Biology, Ayana became one of the youngest facility manager’s for NYSC. In 2016, Ayana went back to school to earn her Bachelors of Science in Kinesiology and has worked with countless athletes reigning from top tier high schools to D1 athletics to NBA/NFL/FIBA. Ayana is also a Licensed Sports Massage Therapist.